Pathology, classification, and grading of  neuroendocrine

tumors arising in the digestive system 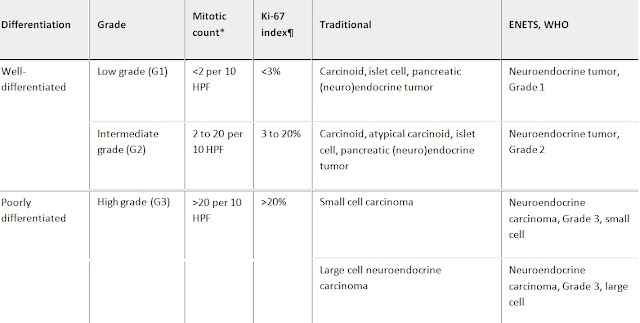